Enter your City name or Pincode

Located in Thiruvananthapuram district of Kerala this village is called Chirayinkeezhu or Chirayinkil; it is on the Malabar coast. It is located just thirteen kilometers from Varkala. The village holds a significant position because of the Sarkara Devi Temple and the Anjengo Fort which is also popularly known as Anchutengu Kotta. 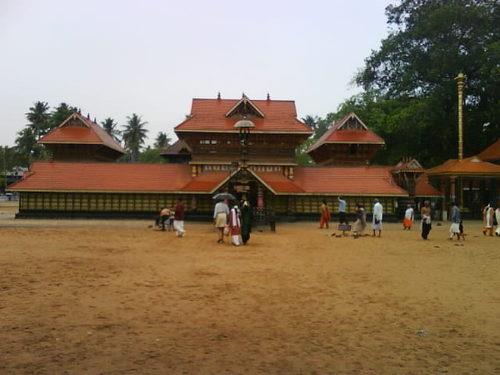 The Sarkara Devi Temple of Chirayinkeezhu is dedicated to Goddess Bhadrakali. According to legend, it is reported that a group of merchants dealing in molasses had disembarked at this spot for some rest is their long travels. While reloading the next day it was found that one of the molasses' pots refused to move. When force was applied to move the pot it split open and an idol of the goddess emerged.
One of the old women of the village saw the idol and informed the villagers. They consecrated the idol as the Sarkara Devi because of it is having been in molasses or the sugar derivative called ‘Sarkara’. The temple built for the devi was a sanctum sanctorum which is a two-storeyed placed structured rectangularly. While the roof is of polished bronze the second storey bears sculptures of Lord Krishna, Rama, Vishnu, Ganapathy as well as Goddess Durga and Narasimha-moorthi.

There are two famous festivals held during the year at the Sanskara. The Kalijoot had been initiated in 1748 by the Thirunal Marthanda Varma. According to legend he had promised the Sarkara Devi that he would hold a Kalijoot if he won the war and could annexe the kingdom of Kayamkulam to his own.
He was victorious and fulfilled his oath to the Goddess. The Kalijoot is an elaborate harvest festival that is celebrated in the months of Feb-March or the Malayalam ‘Kumbham’ month. The festival is observed for nine days and has several teams of dancers and artistes depicting the war between good and evil. Several episodes from the legends of the mother goddess in her Kali incarnation and Demon Darika are explicitly represented by Theyyam artistes.

The other festival held at the Sarkara Devi Temple is the Meenabharanai festival. Thus, festival lasts for ten days and it is believed that the culmination of the festivities are marked by the very presence of the mother goddess herself. The festival begins with the flag hoisting or ceremonious flying of the flag atop the Sarkara Devi Temple premises. The ceremony is called the Kodiyettu. The festival is a great draw and along with the elaborate ceremonies a trade fair is also held for the benefits of all the visitors to the festival. It is also believed that during the peak of the festivities the goddess goes for hunting. The enactment of this episode is done in a most attractive ceremony called the Palliveta.

The hunt is organized as an elaborate procession led by five elegantly caparisoned elephants. Some torch bearers carry five blazing torches before them as they lead the hunt party. The procession culminates at the Bhagavathy Palace. The ceremonious releasing of an arrow into a pumpkin with the help of a hand held bow ends the hunt and the procession returns to its home ground.

On returning from the hunt the Goddess takes a bath or immersion in the holy waters of the pond. This ceremony of immersion of the deity is called the Aratu. The Sarkara Devi Temple has tremendous devotional potential for its believes the world over.

The Anjengo Fort, also called the Anjuthengu, is a place of historical significance as well as being a niche of ‘natural beauty’. This bears evidence to the historical fact that a small piece of land having five coconut tree by the then reigning Queen of Attingal. This was done for promoting trade. The fort had been chosen in 1684 by the East India Company of the British to establish its trade settlement. The fort is a delightful place to spend the day visiting. It has a beautiful elaborate beach that is much sought-after by tourists.

How to Reach Anjengo Fort
The Anjengo Fort can be approached by rail from the nearest railway station which is located at Varkala about twelve kilometers away. A little further at about forty kilometers lies the Thiruvananthapuram central terminus. The nearest airport is at Trivandrum which is an international airport. It lies at a distance of just thirty five kilometers from the Fort.

Are you a Business Owner?

Add the products or services you offer