Enter your City name or Pincode

It is a quaint little, peaceful village which is located in Thiruvananthapuram district of Kerala. It is, historically, renowned for its ancient monuments like the Anjengo Fort which is locally known as the Anchutengu Kotta. It was a strategic fort located on the thoroughfare from Chirayinkil via Kadakkavoor to Varkala. It was a very important look out post that safeguarded the entire region. Several dynasties used it to their advantage. 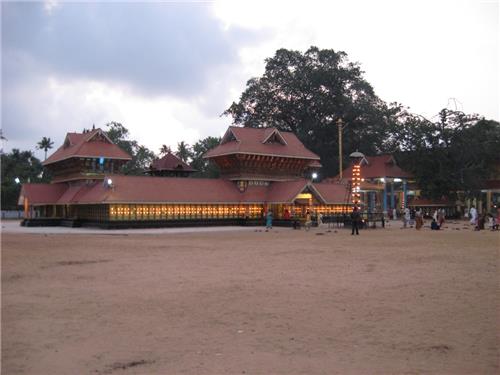 Some Salient Features of Chirayinkeezhu

The village lies in Thiruvananthapuram district and is largely dependent on the fishing and tourism as the industries are the mainstays of its economy. Belonging to the Attengal constituency the village has several prominent personalities claiming it as their own native place or birthplace. Among these are the prominent Malayalam cine idols namely Prem Nazi and Barath Gopi, the latter being an eminent dancer as well.

The location of the village is near the Southern most tip of the Peninsula situated within the geographical coordinates of 8.700N and 76.820E. The official languages of the local region are Malayalam and English. Colloquially, a number of dialects are used but due to the high literacy rate there is every chance that English is spoken and understood by a large part of the population.

Temples and Festivals in Chirayinkeezhu

The Chirayinkeezhu Village boasts of an ancient temple called the Sarkara Devi Temple which has a great devotional following because of its miraculous boon-giving powers. There are two major forms of specific festivals celebrated at the Sarkara Devi Temple. The first festival of the year is the ten-day-long extravaganza called the Kaliyoot festival. It is held during the month of ‘Kumbham’ which is equivalent to early March. Just as the festivities of the Kaliyoot festival are drawing to a close there is the beginning of the next phase. The second annual festival of the Sarkara Devi Temple is the ‘Meena Bharani’ festival. This festival also lasts for ten days during the month of ‘meenum’ which corresponds with the later dates of March and early April.

These festivals are a great draw for the local population as also the inhabitants of other parts of Kerala and South India. As a major portion of the population has migrated to other lands they have continued to send back remittances to ensure that the festivals are continued with the same pomp and splendour as they were during the days of royal patronage. Large numbers of devotees flock to the temple especially during festivals.

The village of Chirayinkeezhu lies about thirty kilometers away from the state capital of Thiruvananthapuram.

The bus routes are very well laid out and connect the village to other prominent areas like Kadakkaurur, Attingal as well as Varkala. The State Road Transport Corporation or the KSRTC has regular bus services from the main bus terminals of Thiruvananthapuram and Perumathura as well as Pothencode along with several other such small niches of nature along the vast coastal region.

The nearest railway station is located in the village and is called the Chirayinkeezhu. Railway Station. However the major railhead proximal to the village is the Central Railway station of Thiruvananthapuram.

The nearest airport is located at Thiruvananthapuram which is an international airport. It lies about thirty kilometers away and can be easily reached by road either by bus or train.

Are you a Business Owner?

Add the products or services you offer